UEX Corporation (UEX:TSX) (“UEX” or the “Company”), through its 100%-owned subsidiary, CoEX Metals Corporation (“CoEX”) is pleased to announce the second tranche of assay results have been received for nine additional holes from the Phase 1 winter drilling program on the 100%-owned West Bear Cobalt-Nickel Prospect, located in the eastern Athabasca Basin of northern Saskatchewan.

The Company completed 41 holes totaling 4,457 m on its West Bear Cobalt-Nickel Prospect located on the West Bear Project (the “Project”).  On February 28, 2018, UEX announced that it had commenced a $1.5 million 3,500 m, 30-40 drill hole program at West Bear with the objective of expanding the size of the high-grade cobalt and nickel mineralized zone.  Phase 1 drilling activities at West Bear have now been concluded in preparation for the spring thaw.

With the addition of this second tranche of assay results, UEX now has complete assay data from a total of 12 of the 41 holes drilled this winter.  The assay results of the first three holes were previously announced in UEX’s News Release of April 9, 2018, and included an intersection of 2.00% Co and 1.26% Ni over 10.5 m from 46.0 to 56.5 m in hole WBC-001.  Cobalt mineralization was encountered over significant widths in eight of the nine holes from the second tranche of samples.

So far, the results achieved at West Bear are truly remarkable.  The discovery of an upper lens of high-grade cobalt and nickel mineralization overlying the previously known high-grade zone and the presence of scattered mineralization between these high-grade lenses has us very excited about the potential of the West Bear Cobalt-Nickel Prospect.

The table below summarized the assay results received to date. 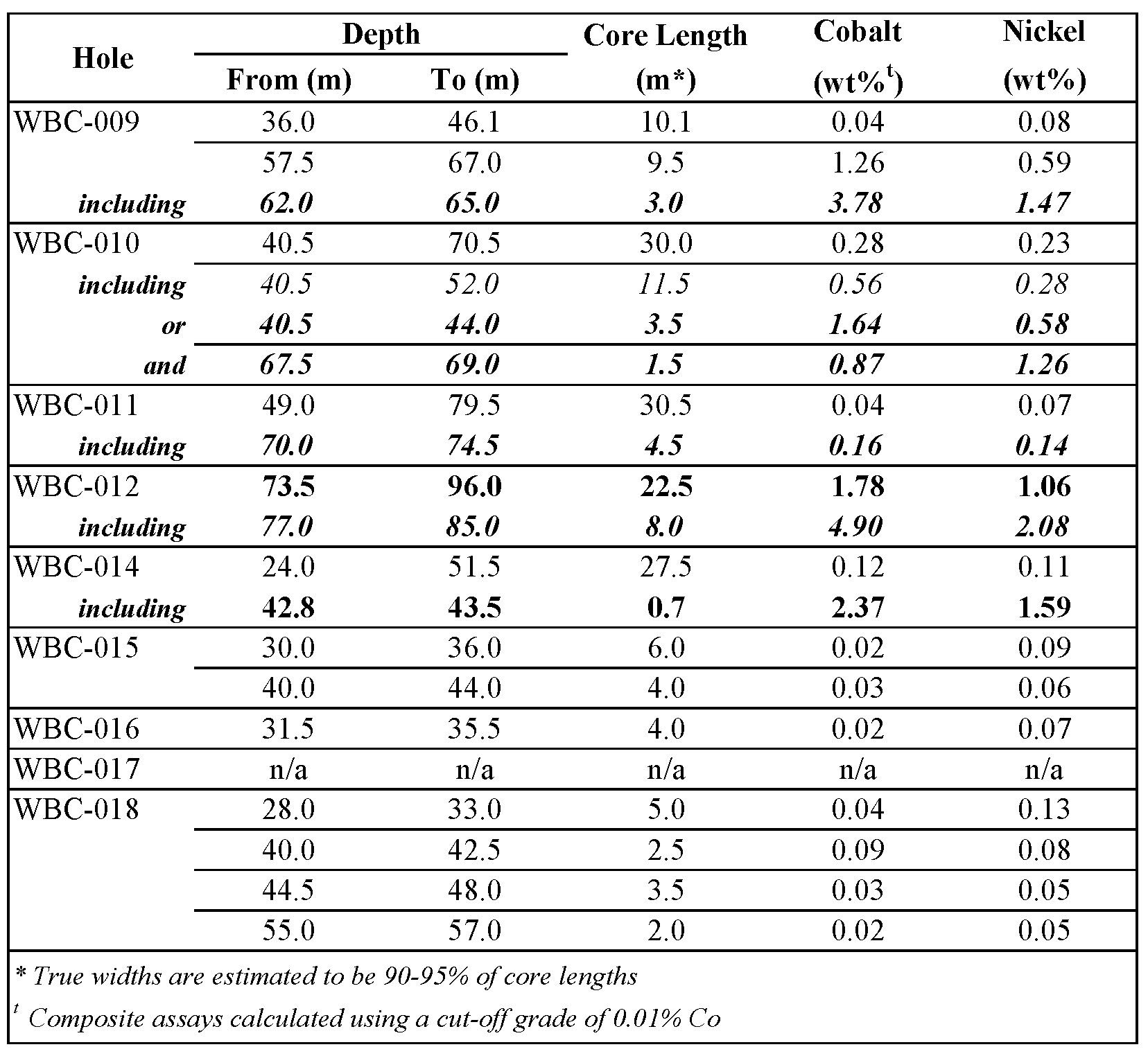 WBC-017 was drilled to test the up-dip projection of mineralization in WBC-016 at the unconformity but failed to encounter the West Bear Graphitic Package which subcropped just south of WBC-017. 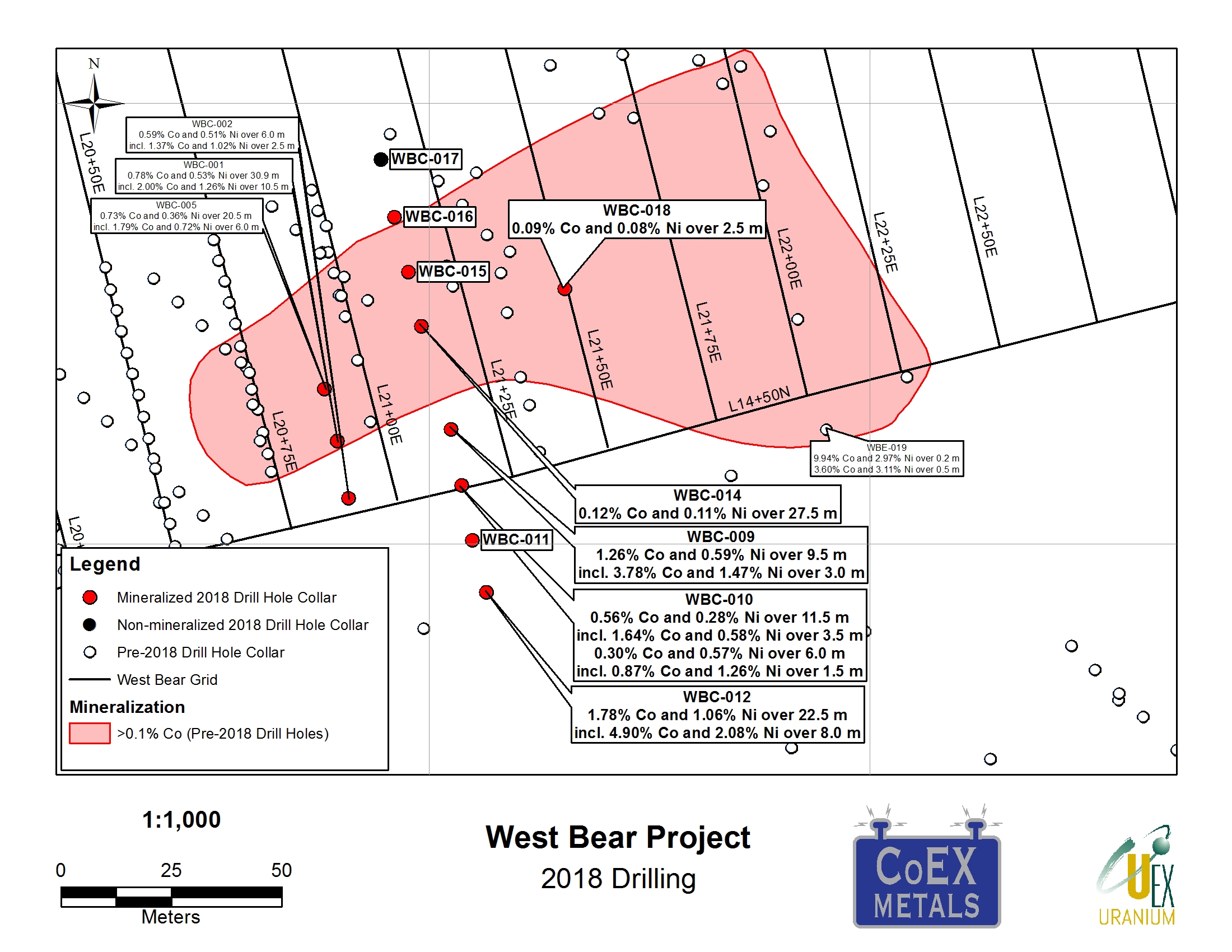