UEX Corporation (UEX:TSX) (“UEX” or the “Company”), is pleased to announce the maiden mineral resource statement for the Christie Lake Uranium Project (the “Project”).  The Mineral Resource Statement was prepared by Dr. Aleksandr Mitrofanov, P.Geo., supported by Dr. David Machuca, P.Eng., and Mr. Glen Cole, P.Geo. of SRK Consulting (Canada) Inc. in accordance with Canadian Securities Administrators’ National Instrument 43-101 Standards of Disclosure for Mineral Projects. Dr. Mitrofanov, Dr. Machuca and Mr. Cole are independent Qualified Persons as this term is defined in National Instrument 43-101.  The effective date of the Mineral Resource Statement for the Christie Lake Project is December 13th, 2018.

The Mineral Resource Statement for the Project is presented in the table below. Considering the early stage of the Project, the general widely spaced drill pattern and the overall uncertainty in the spatial distribution of grades, SRK consider all the reported mineral resources to be classified as Inferred Mineral Resources. After review of similar underground projects and discussions with UEX, SRK considers that it is appropriate to report the mineral resources for the Project at a cut-off grade of 0.2 percent of uranium.

A technical report authored by SRK will be filed on SEDAR within 45 days of this news release.

The Christie Lake Management Committee approved a $2 million 2019 exploration program and budget for the Project.  Exploration activities will include a property-wide 120 line-km DC resistivity survey and a 4,800 m – 8-10 hole diamond drilling program that will target along strike to the southwest of the Paul Bay Deposit and following up historic mineralization on the B Conductor where hole CB94-48 encountered 0.25% U3O8 over 1.5 m approximately 20 m below the unconformity which has never been followed up  (See Figure 1).

UEX announces that the Christie Lake Joint Venture was initiated on December 14, 2018, with an effective date of November 13, 2018.  As announced in UEX’s News Release dated November 29, 2018, UEX has vested a 60% interest in the Project.  As the Joint Venture has been initiated, the Christie Lake Option Agreement has been terminated.  JCU (Canada) Exploration Company Limited (“JCU”) has indicated that they will not be contributing their share of the 2019 Exploration Program expenditures and will be diluting their interest in the Project.  UEX will be assuming JCU’s cost share in 2019 and will increase its equity stake in the Project accordingly.

Mr. Trevor Perkins, P.Geo., Exploration Manager of UEX Corporation and Mr. Chris Hamel, P.Geo., Chief Geologist of UEX Corporation, are each considered to be a Qualified Person for the purposes of NI 43-101, both of whom verified the sampling, analytical, and test data underlying the information or opinions contained herein by reviewing original data certificates and monitoring all of the data collection protocols.

Additionally, the technical information in this news release has been approved by Mr. Roger Lemaitre, P.Geo., P.Eng., President & CEO of UEX Corporation, and Mr. Trevor Perkins, P.Geo., UEX’s Exploration Manager, who are each considered to be a Qualified Person as defined by National Instrument 43-101.

The eighteen projects are located in the eastern, western and northern perimeters of the Athabasca Basin, the world's richest uranium belt, which in 2017 accounted for approximately 22% of the global primary uranium production.  UEX is currently advancing several uranium deposits in the Athabasca Basin which include the Christie Lake Deposits, the Kianna, Anne, Colette and 58B Deposits at its currently 49.1%-owned Shea Creek Project (located 50 km north of Fission’s Triple R Deposit and Patterson Lake South Project, and NexGen’s Arrow Deposit) the Horseshoe and Raven Deposits located on its 100%-owned Horseshoe-Raven Development Project and the West Bear Uranium Deposit located at its 100%-owned West Bear Project.

JCU is a private company that is actively engaged in the exploration and development in Canada.  JCU is owned by three Japanese companies.  Amongst these, Overseas Uranium Resources Development Co., Ltd. (“OURD”) acts as the manager of JCU.  JCU has partnerships with UEX, Orano, Cameco, Denison and others on uranium exploration and development projects in the Athabasca Basin of Northern Saskatchewan including Millennium and Wheeler River and the Kiggavik project in the Thelon Basin in Nunavut. 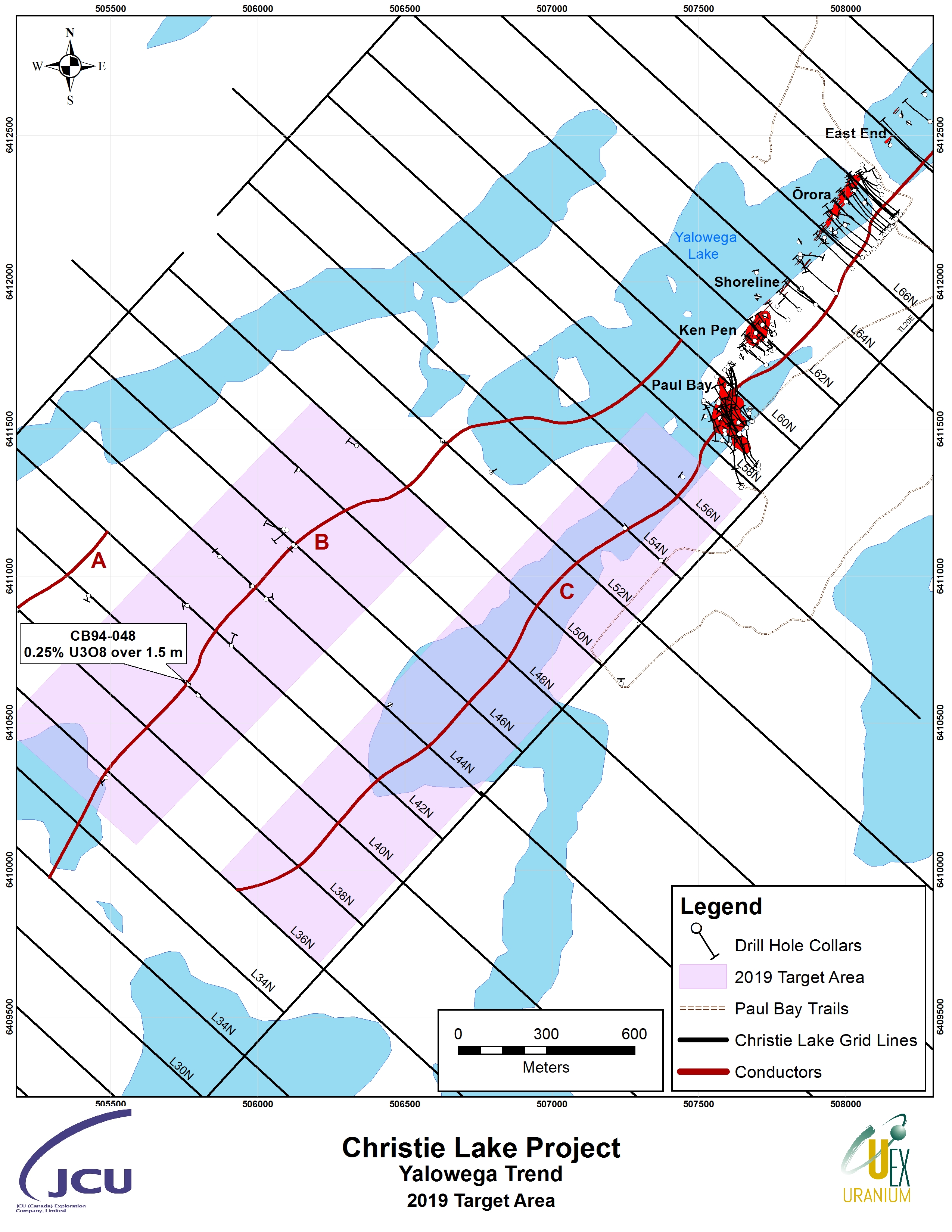