UEX Corporation (UEX:TSX) (“UEX” or the “Company”), through its 100%-owned subsidiary, CoEX Metals Corporation (“CoEX”) is pleased to announce the fourth tranche of assay results have been received for the final fifteen holes from the Phase 1 winter drilling program on the 100%-owned West Bear Cobalt-Nickel Prospect, located in the eastern Athabasca Basin of northern Saskatchewan.

The Company completed 41 holes totaling 4,457 m on its West Bear Cobalt-Nickel Prospect located on the West Bear Project (the “Project”) with the objective of expanding the size of the cobalt and nickel mineralized zone.  Phase 1 drilling activities at West Bear have now been concluded.

Wide zones of cobalt and nickel mineralization were intersected in several additional holes:

The winter drill program has been successful at growing the West Bear Co-Ni Prospect which now has a strike length of over 250 m and a dip length of over 100 m (see attached figure) and still remains open for expansion in all directions.

The table below summarized the assay results from the fourth tranche of samples. 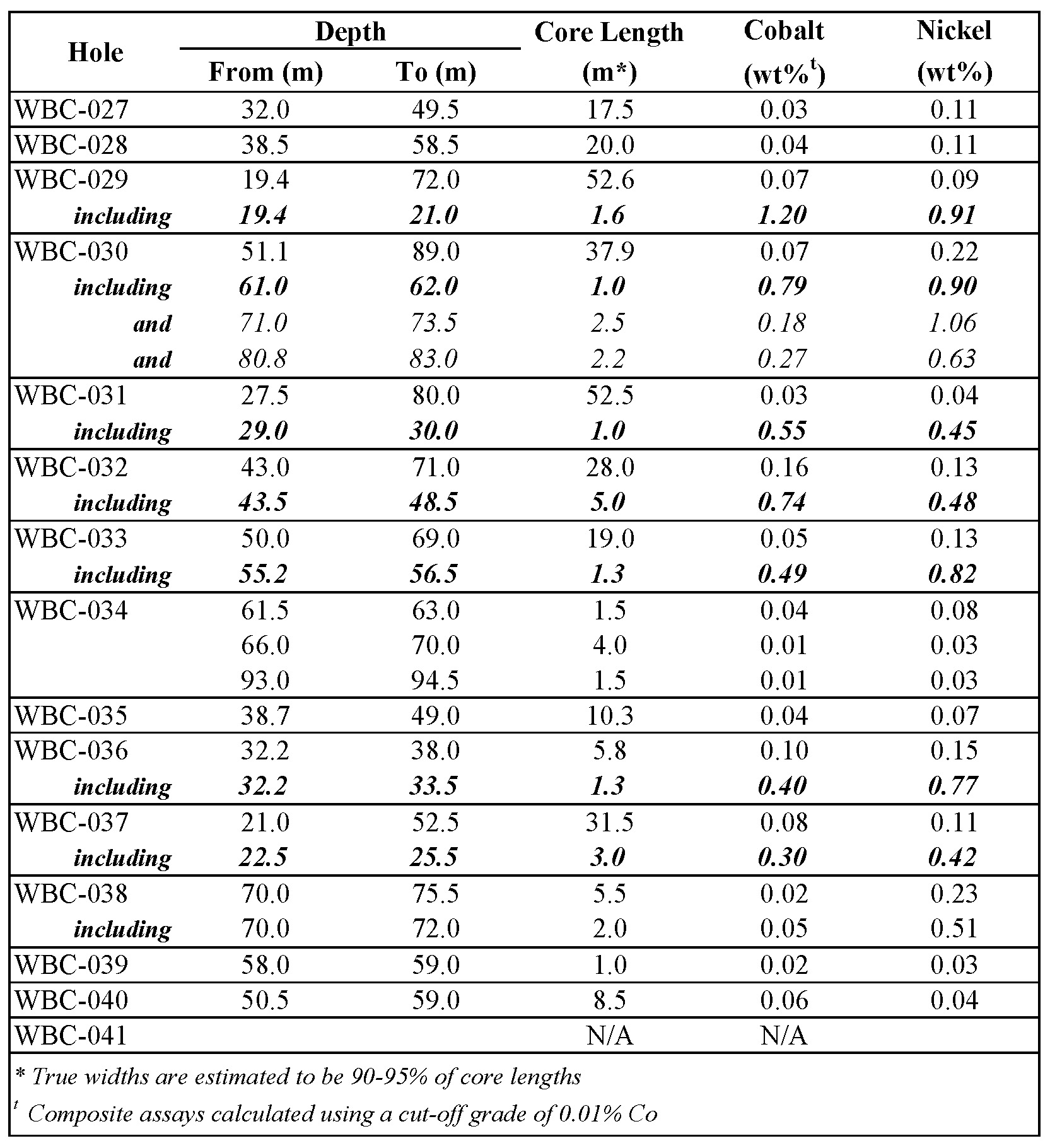