The Shea Creek Deposits were the first new discoveries in what is now rapidly being envisioned as the new Western Athabasca Uranium Camp.

Shea Creek is a joint venture between UEX (49.1%) and Orano (50.9%) and is located just 18 km south of the past producing Cluff Lake mine.  Four deposits combine to form one of the largest undeveloped uranium resources in the Basin and all four deposits remain open for significant expansion. 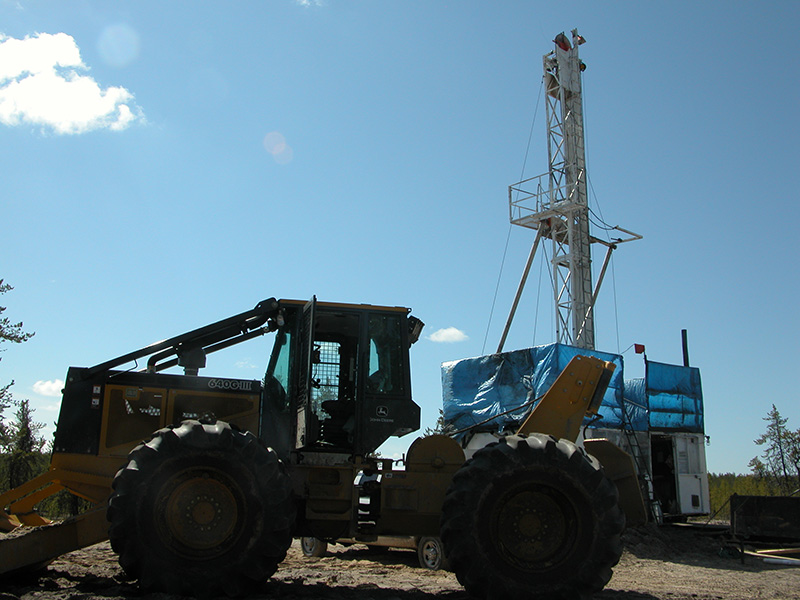 Four unconformity-related deposits have been discovered to date on the Shea Creek Project; Kianna, Anne, Colette, and 58B. These deposits occur along 3 km stretch of the >30 km long uraniferous Saskatoon Lake Conductor and were the first new discoveries in what is now shaping up to be the Western Athabasca Uranium Camp.

Uranium mineralization at Shea Creek is located at, just above, and extends well below the unconformity between Athabasca Group Sandstone and the underlying older basement rocks, which occurs at depths between 700 and 800 m.  In particular, uranium is focused in pods with structural traps that occur proximal to where the graphitic R3 fault encounters the unconformity surface.

UEX believes that the potential to expand uranium resources in the basement rocks within the footprint of the existing Shea Creek is very high as only a couple of these favorable intersecting fault junctions have been drill tested into the basement to date along the 3 km trend of the known deposits.

The discovery potential along the remaining 26 km of the Saskatoon Lake Conductor Trend is considered to be very good, as the Trend has only been lightly testing by historical drilling. One of the best results along the trend is located only 2 km south of the Anne Deposit, where drillhole SHE-002 intersected 0.34% U3O8 / 0.4 m.  Limited follow-up drilling in the SHE-002 area by the partners in 2015 encountered a wide zone of indicative hydrothermal clay alteration and anomalous uranium that has been observed proximal to the Shea Creek Deposit.